North Korea’s ’Supreme Leader’ Kim Jong Un is dead or alive?. This question raised globally after he had heart surgery earlier this month. Multiple sources from Japan and China, reporting that Kim Jong Un is either died or is near to death.

According to a Chinese expert, Kim grasped his chest and tumbled to the ground on a visit to the countryside this month. A specialist did CPR and took him to a close-by emergency clinic.

Weekly Shukan Gendai reported on Friday that a Chinese surgeon sent to North Korea with his team to treat Kim accepted a deferral in an easy process left the ‘Supreme Leader’ seriously sick, Reuters reported.

CNN reported that Kim Jong Un also missed his grandfather’s birthday which is the most important day of North Korea on April 15.

A vice-director of HKST claimed that Kim Jong Un is dead, citing a “very solid source.”

On the other hand, South Korean and Chinese Government Officials challenged reports claiming that Kim Jong Un was in a critical situation after surgery, Reuters said. South Korean officials also stated they were no signs of unusual activity in North Korea.

On Thursday, President Donald Trump said that the reports claiming Kim is in grave health were false. Other officials also said that there we no evidence of Kim’s critical health issues.

Surprisingly there are no authentic reports that Kim Jong Un has died but Hashtag #KIMJONGUNDEAD is still on top of the list on social media.

Kim is a chain smoker and since he took power after his father’s death, he has gained weight. Just for the information both Kim’s father and grandfather died from heart attacks. 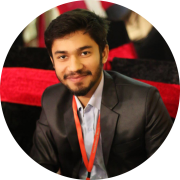 Coronavirus and Smoking, are smokers less likely to get Covid-19?